Share Our Plate: Coalition to Dismantle the New Jim Crow 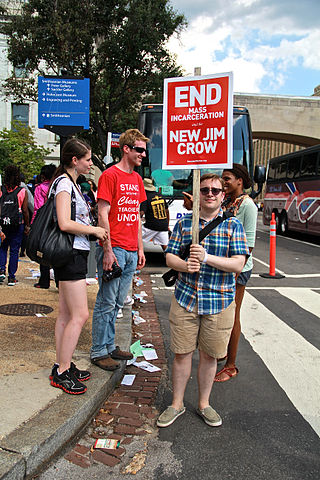 Half of our non-designated offerings on Sundays in September and October are being donated to the Coalition to Dismantle the New Jim Crow, spearheaded by Linda Lucero.

From The New Jim Crow by Michelle Alexander:

More African Americans are under the control of the criminal justice system today – in prison or jail, on probation or parole – than were enslaved in 1850. Discrimination in housing, education, employment, and voting rights, which many Americans thought was wiped out by the civil rights laws of the 1960s, is now perfectly legal against anyone labeled a “felon.” And since many more people of color than whites are made felons by the entire system of mass incarceration, racial discrimination remains as powerful as it was under slavery or under the post-slavery era of Jim Crow segregation.