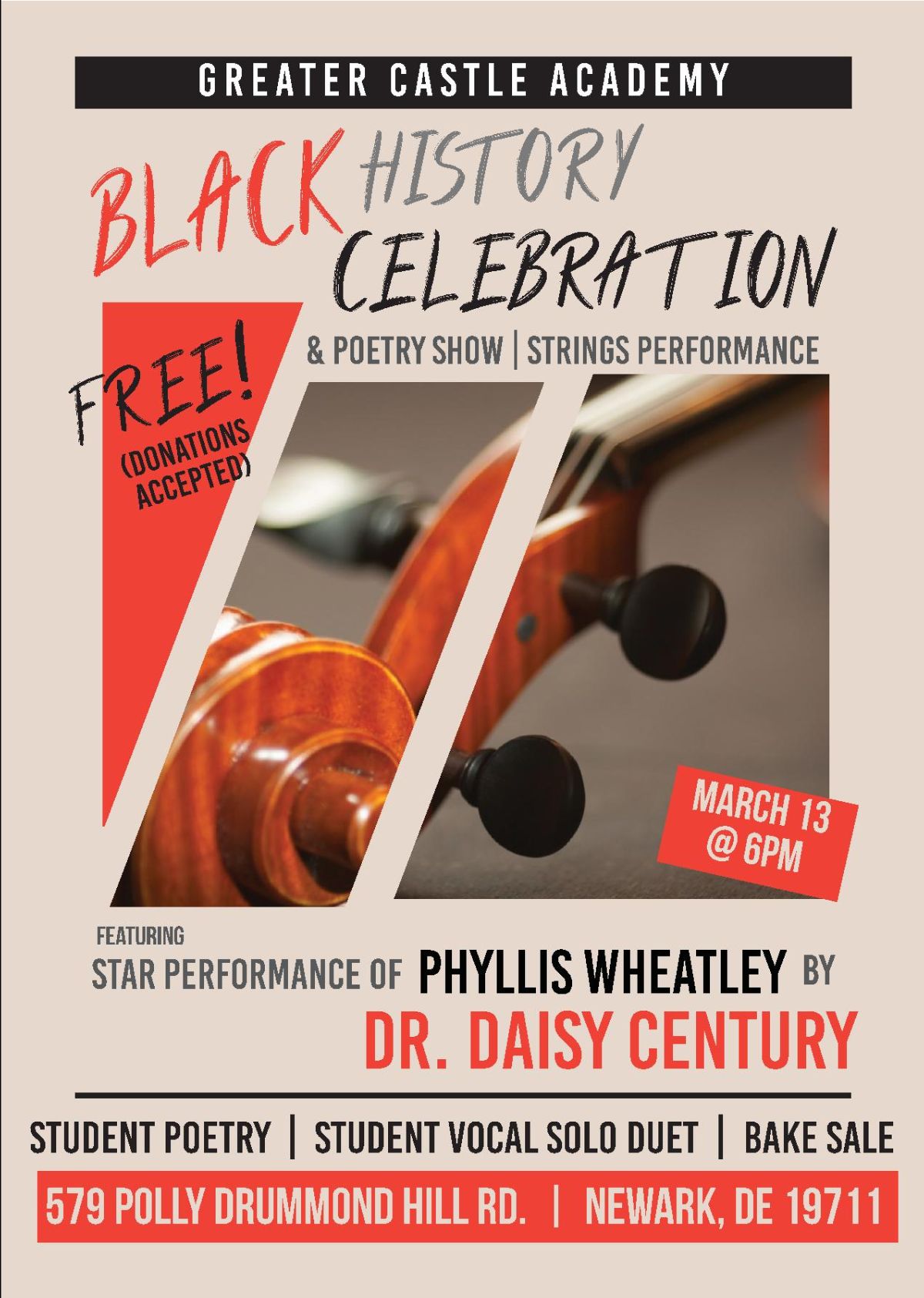 ALL ARE WELCOME to a special event to celebrate Black History here at Mill Creek:
Friday evening, March 13th
6:00 pm

Everyone is invited to join the Students and Staff of Greater Castle Academy for a Black History Celebration: Poetry Show & Strings Performance. This FREE event features a portrayal of Phyllis Wheatley, the first African-American published writer and poet, by Dr. Daisy Century.

Trained as a teacher, Dr. Century earned her BA in Biology at Claflin University in South Carolina, a Master’s Degree in Science Education from South Carolina State University, and an Ed.D. from Temple University, also in Science Education. She is a published author of several novels, and an actress who has appeared in independent movies and as an extra in other well-known films, including Beloved, and Sixth Sense. She has traveled all over the U.S. portraying historical characters such as Sojourner Truth, Harriet Tubman, Phyllis Wheatley, and others. A black-belt who plays guitar and violin, Dr. Century lives in Philadelphia with her family.