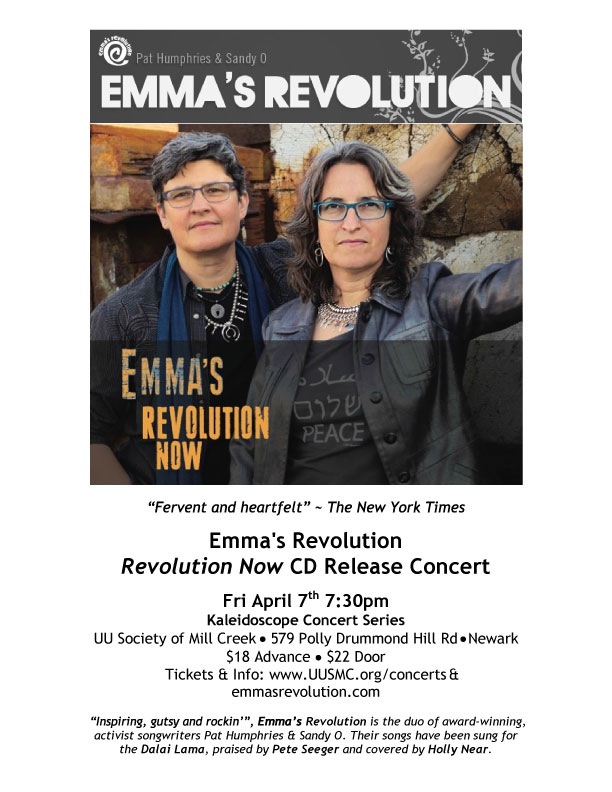 Smart, funny and informative — like Rachel Maddow and Jon Stewart with guitars. Emma’s Revolution is the duo of award-winning activist musicians, Pat Humphries & Sandy O. Called “inspiring, gutsy and rockin,” Emma’s Revolution’s songs have been sung for the Dalai Lama, praised by Pete Seeger and covered by Holly Near. The duo’s awards include Grand Prize in the John Lennon Songwriting Contest and, for the second year in a row, the Washington Area Music Association’s Fan Favorite Award.

In addition to Pat’s solo cds, Emma’s Revolution has released three cds and recorded two with Holly Near. Their songs have also been included in numerous compilations. The duo tours 200 days a year and, in the spirit of Emma Goldman’s famous attribution, “If I can’t dance, I don’t want to be part of your revolution,” Emma’s Revolution has brought their uprising of truth, hope and a dash of irreverence to thousands of concerts and activist events across the US and abroad.