UUSMC is my beloved community 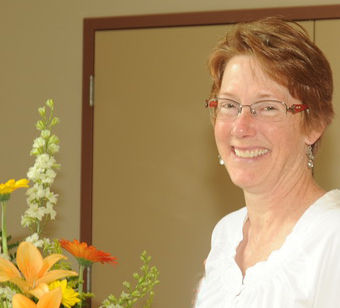 UUSMC has provided me with so many opportunities for personal and spiritual growth. I have felt supported in allowing my experience to inform my spiritual path, to trust that what resonates for me can be a beacon that leads me deeper into a life that has meaning for me. This journey that I am on requires that I walk with others, it requires a community.

I became a member of UUSMC more than 7 years ago. It was a decision that I struggled with as I am wary of joining ANYTHING.

After I made the commitment, after I covenanted to become a part of this family, my relationship to the church became more fulfilling. I felt called to take responsibility. I made a pledge, a financial commitment. I became a greeter because there was a need for greeters. I became a worship associate because our former minister asked me to. I became co-chair of the membership committee because the former chair stepped down and someone needed to step up.

Each time my service to this community has increased, I have been STRETCHED — and in a good way.  There must be a phenomenon that occurs, up to a point, that the more we commit to, the more we expand and grow to meet the demand we place on ourselves.

There is a term that has recently entered my awareness — Beloved Community. Martin Luther King spoke about it and others have also. It refers to an inclusive community, based on love, compassion, responsibility, shared power and a respect for all people, all creatures and the earth we share.

UUSMC is my Beloved Community.